I made these nine drawings for the exhibition Voorbeeld-Nabeeld, where 12 artists made new work inspired by one of their favourite pieces of art. At the time I had just finished a new series of collages based on a single photograph of the house I grew up in. After working inside for months, I felt the need to go outside and draw. To really look again. So I decided to take David Hockney’s The Arrival of Spring in 2013 (twenty thirteen) as the inspiration for my new work for the show. The title of the exhibition Voorbeeld - Nabeeld literally translates into English as Example - Afterimage. But instead of working with the imprint Hockney’s drawings left in my mind, I decided to follow his approach. Throughout the Fall I visited two places in my neighbourhood several times and tried to capture the changing of the season. I had limited time and wasn't able to go to the sites as often as I had liked. But each time I sat there drawing in the field and along the quay I understood these words by Hockney more and more:

‘When a human being is looking at a scene the questions are: What do I see first? What do I see second? What do I see third? A photograph sees all at once - one click of the lens from a single point of view - but we don’t. And the fact that it takes us time to see it that makes the space.’

The Arrival of Spring in 2013 (twenty thirteen) 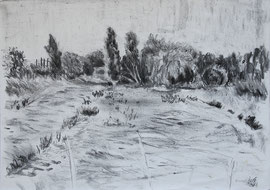 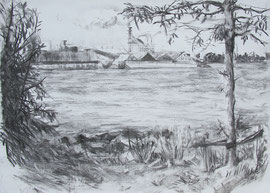 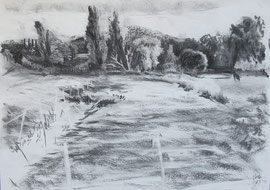 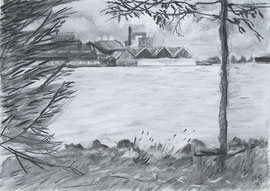 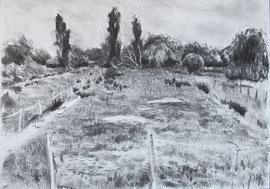 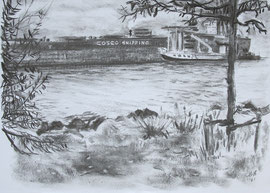 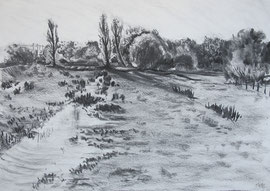 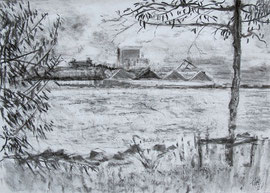 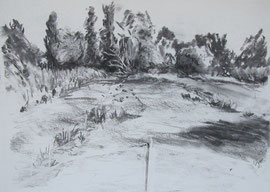